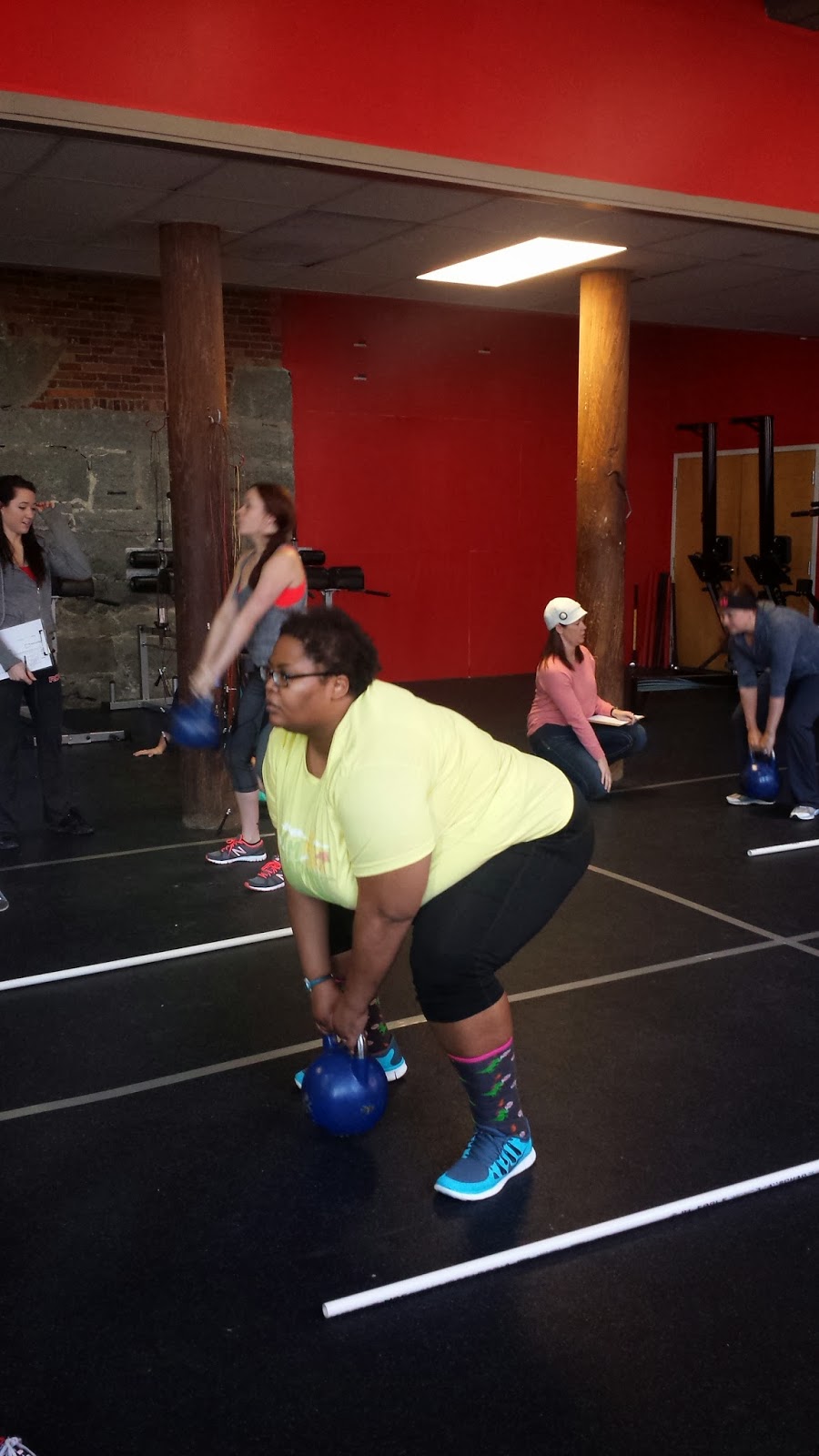 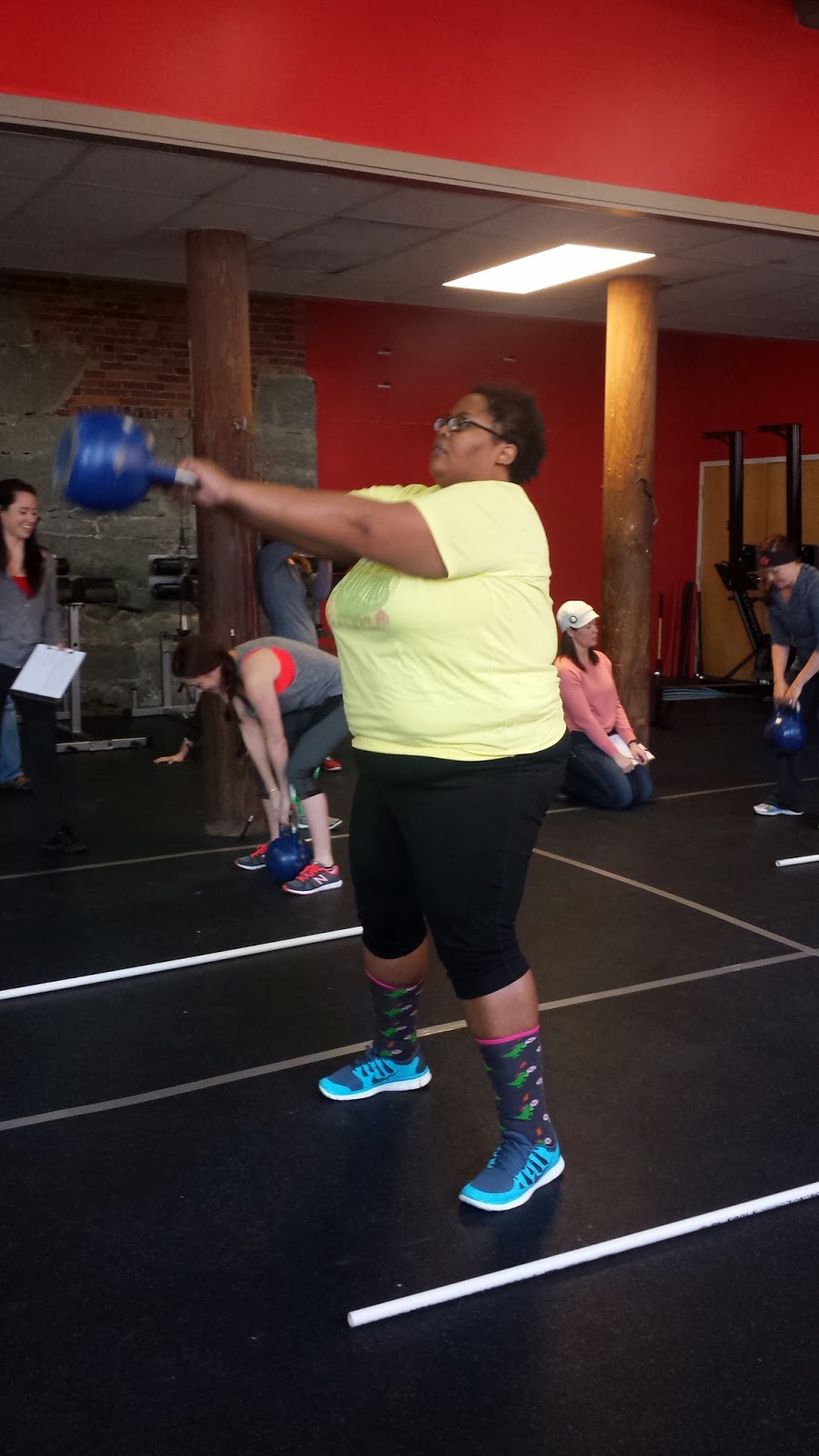 Last Sunday I participated in the beginner's division at a CrossFit charity event.  My best buddy Alex came out to cheer me on.  That was really cool because I was first introduced to CrossFit when I cheered her on (with a gorgeous sign) last summer.  She came in third place at her very first competition, and I was (and am) super proud of her.  I really liked the simplicity of the movements, the camaraderie of the athletes, and the emphasis on scalability and making personal goals.  I continued to consider joining CrossFit, but I'm really having such a great time with Coach Royce at Integrated Fitness and don't have room in my schedule for more activity.  Actually, that's not true.  I would have more time for other activities, but I'd have to cut into my Alex class time.  After some thought, I decided against it.  In any event, I liked EverProven CrossFit on Facebook after Alex's competition and followed them for a few months.

I really like doing things that raise money for good causes, so when I saw the announcement about this event, I thought about it for a few days and signed up.  I was really worried that I would be given an incredibly hard task to do and that beginner really meant advanced.  I was scared that I would be miserable for the whole day, but then I assured myself that I could always leave if I wanted to.  Signing up for this event made me come face to face with my reluctance to (despite all evidence to the contrary) sometimes trust the strength that I've built.  I'd like to work on that.  I can do a lot more than I think I can, so I need to get it together in that arena.

For the event, I started out with 2 kettlebell deadlifts, 2 Russian swings, and 2 lateral steps.  I was supposed to step over the pole, but if I wanted to, I could have jumped.  For each round, I had to add 2 more of the movements.  This went on and on for 10 minutes.  I made it up to 2, 4, 6, 8, 10, 12, 14 of all 3 movements.  I was super proud of myself!  The swings were the hardest, and I really felt it in my back and legs the next day.  After I finished my 10 minutes, I drank my green smoothie and ate some fruit.  I had spinach before I began, but that was just because I love spinach.

I enjoyed watching all the other participants, and I was intrigued by the prospect of lifting weights.  I promised myself that I would ask Coach Royce about this, and I did after class last night.  I also thanked him for making the pursuit of strength such a hoot.  He said that he appreciated hearing about the CrossFit event and that type of story is what his job is all about.

I will also say that the event was fun because nobody so far as I knew/remember made mention of weight or body size.  Everyone was there working hard in whatever form that took for them, and that was a refreshing change from the  places in which I usually exercise.  I like supporting people who are striving for weight loss goals (any goals really.  I should have a job as a professional cheerleader), but it was nice to not be asked about my weight.  The event's planner walked me through the exercises to ensure that I could do them properly, and other than that, I didn't get any weird comments.  It was a really great day, and I'm glad that I got to share them with Alex and Kelsey (who not only danced, but did burpees) and Brian (who didn't dance or do burpees, but who held my water and hung out until he had to dash).